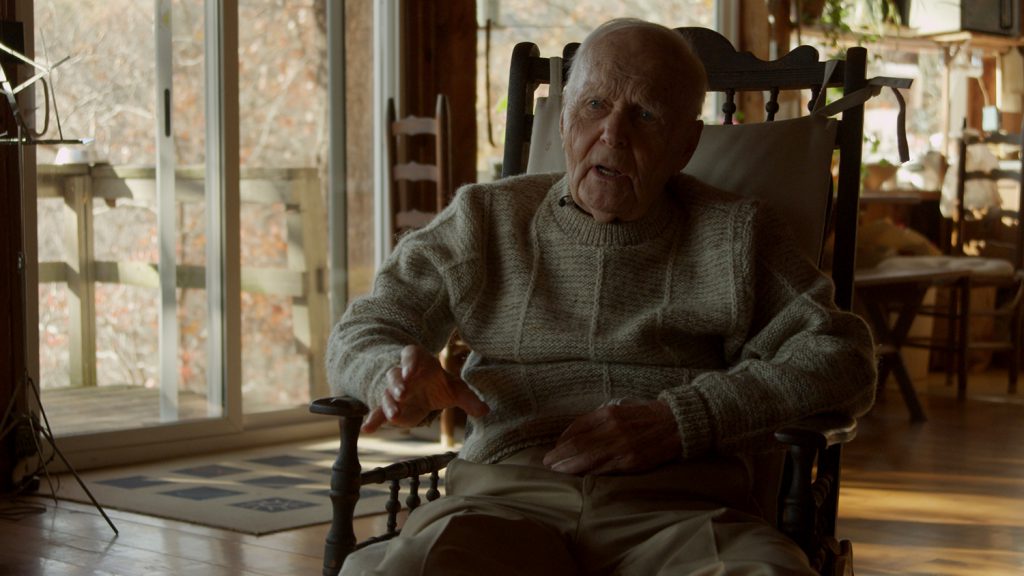 Seeing The Magic’s latest film, which is in its final stages of post-production, is about the remarkable American author and visionary Joseph Chilton Pearce who recently passed away.

His life’s works include the books: The Crack in the Cosmic Egg; Magical Child and The Bond of Power; The Biology of Transcendence: A Blueprint of the Human Spirit; Spiritual Initiation and the Breakthrough of Consciousness; Death of Religion and the Rebirth of Spirit, and The Heart-Mind Matrix.

As well as being an influential author, Joseph gave over two thousand lectures across the globe.

He has influenced millions of people over his long journey and his quotes are everywhere, from Oprah Winfrey’s website to dissertations and academic writings.

One of the world’s foremost visionary thinkers, Jean Houston, describes Joseph’s work as, ‘The foundation for a new mind and a new world.’

New York Times bestselling author and TV presenter, Thom Hartmann, praises how Joseph illuminates ‘the most meaningful and important issue of our day, our relationship with Spirit.’ When interviewed for this film, Thom added that Joseph’s work had not only changed his life but ‘it changed the zeitgeist, the spirit of the times.’

When I did the initial interview for this documentary, it changed my outlook on life profoundly. The whole interview was a transcendent experience for everyone in the room; Joe described the interview as follows.

‘Something in that interview freed me. The energy was amazing, I was moved so deeply. I have never had it so strong in my whole life of being interviewed.

I was carried away in a tremendous exchange. A rare exchange. I am 89 shortly and didn’t think anything else was left. There are not many people in the world who can do what you do.’

“Enjoy your journey into an extraordinary and vital world of insight, intuition, and discovery. And know that you’ll never quite be the same as you were.” Thom Hartmann, author of The Last Hours of Ancient Sunlight.

If you would like to be contacted when the film is released, or playing at a film festival, or when it becomes available for purchase or download, please give your name and e-mail below and we’ll let you know when it launches into the world.