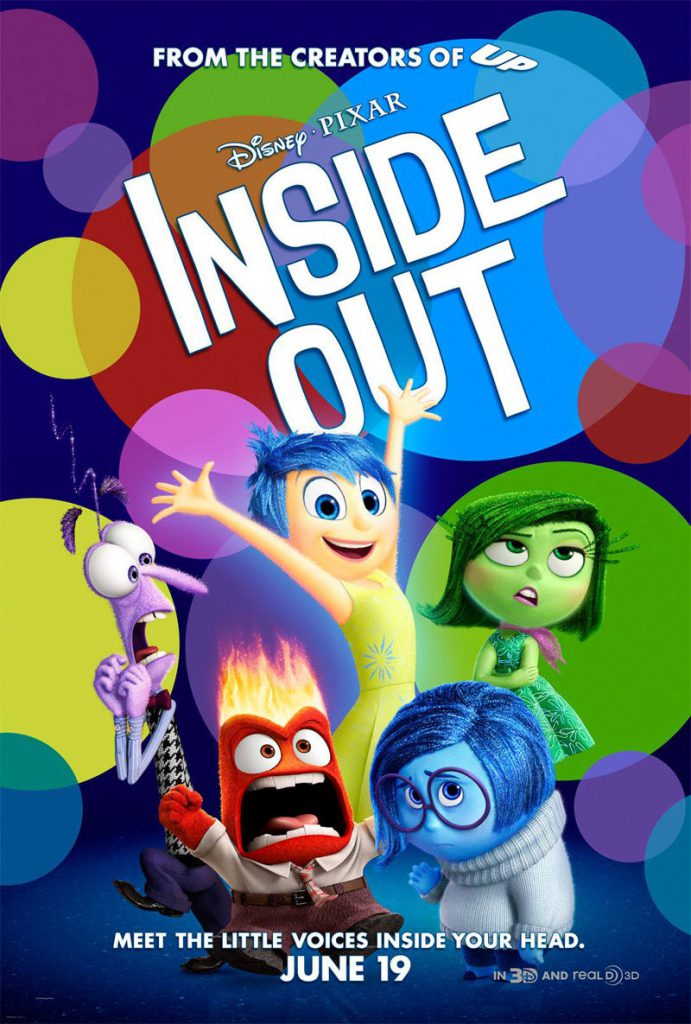 Pixar’s latest animation is the story of 11-year old Riley’s journey to a new city and a new home. She is trying to adapt to change that is often a major challenge for both adults and children. What’s remarkable about Inside Out is that it goes inside the young girls’ mind and depicts the inner working of her mind and emotions.

The main characters, in addition to Riley, are her emotions of Joy, Fear, Anger, Disgust and Sadness. The film’s director, Peter Docter, consulted with leading psychologists to give a simplified and entertaining model of how we process experiences and store them in our memories. The film has a strong intent to be educational to both children and adults alike.

It’s a huge leap of faith for a children’s animation film. Does it achieve its goal?

It’s hard to give a simple answer to such a complex subject matter, as the film proves.

What Inside Out does brilliantly:

It’s a great movie for children and adults alike. Riley’s journey is one everyone can relate to. The film is loaded with humour without going down the path of trying to appeal to adults too much. The simplification of how our inner emotions and thoughts influence our external reality is a massive achievement for Pixar. Like all great children’s movies, it talks to the child within all of us. It’s near impossible not to cry as we see Riley’s imaginary friend fade into the depths of her subconscious. Most adults and teenagers will relate to this section and the time in our lives when we were told to ‘grow up’ or decided to take that step ourselves. Inside Out handles this tender moment well.

Where Inside Out could have gone further:

The film could have given more time to showing how we process and choose to handle complex emotion states such as sadness and loss. I was disappointed that the core emotions that were running the show were one to four; one for positive states and four for the negative ones. It was encouraging that with Riley, Joy was in charge mostly, but she had a constant challenge with Anger, Fear, Disgust and Sadness. It would have been great to see more balance with Love, Happiness or Playfulness in the mix. It would also be great to give more time and importance to the brilliant achievements and ‘wins’ that our young hero manifests.

However, the film is still the best children’s film I have ever seen that delves into a subject matter that most adult films struggle with. This film will lift the spirits of most.

The underlying message is vastly important. We need to allow ourselves to feel all our emotions, including sadness. Then we use the power of our mind to navigate towards manifesting happier days.

Interestingly, for both of my children, aged six and eleven years old, Sadness was their favourite character. They both explained that it’s important to ‘be allowed to let our sadness out, and then feel happy.’

Without hearing the critique of my two girls, I would have recommended Inside Out for children aged 10 and above. I believed that younger children would still find it hugely entertaining, though some of the complex subject matters may have gotten lost. However, for my six-year old daughter, the film’s educational message still hit the mark.

Inside Out scores a fantastic 4 out of 5 stars. Go see this film, and support a new era of filmmaking that is heading into enlightening new territory, where the magic is only just beginning…