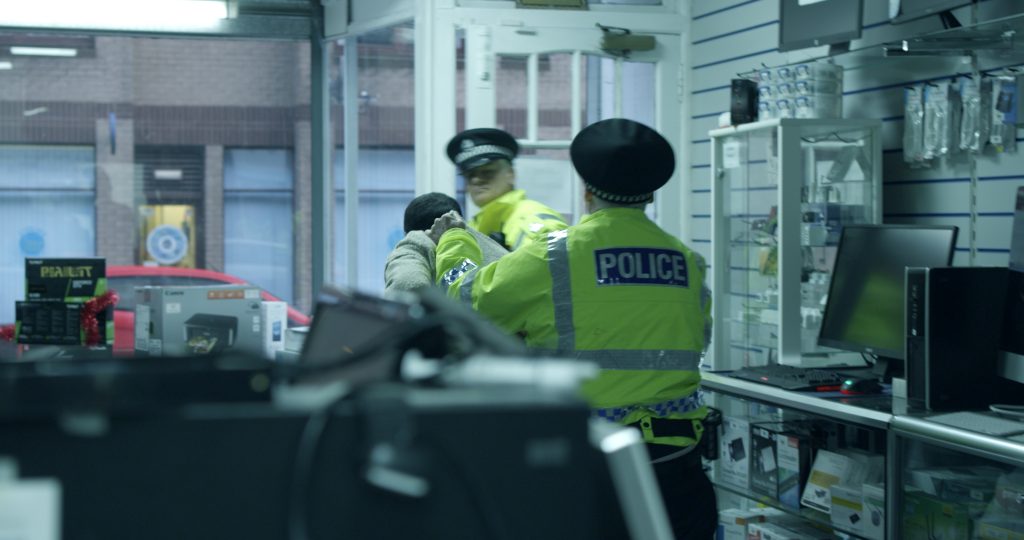 Just before lockdown hit, armed with our initial cast, crew and 50 extras we managed to create a sizzle reel with bells on! From castles to quickly constructed courts we brought the magic to central Scotland that was a leap into action for Highland Brave.

What a magical week for Seeing the Magic Productions:

Raven Dauda flying in from Canada,

Jo Twist, our make-up artists jumping up from Pinewood studios during a shooting break of a Harry Potter film to get the actors ready,

And the Scottish weather behaving itself.  We managed to get through a shooting list and all have a great time in the process.

He lived across the street from the computer shop that part of the Sizzler was filmed in. He thought the raid by the cops (our actors) was real and was concerned that a worried looking man had been dragged out of the shop in handcuffs. After I stoped laughing, I explained to the waiter that it was a scene from our up-and-coming movie… he sighed with relief. He must have hoped for a future starring role, he brought an extra portion of pakora for free!